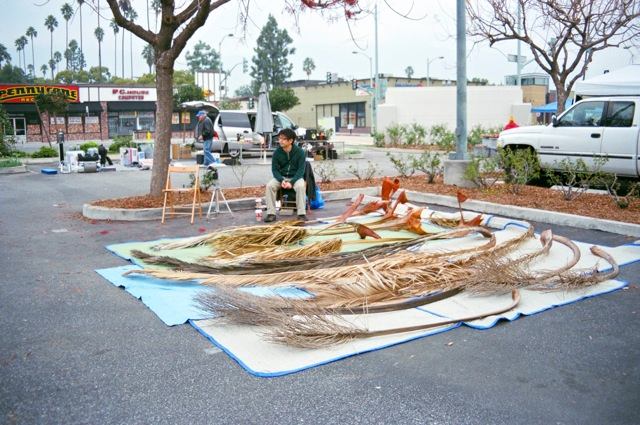 Koki Tanaka : in a place between snow balls and stones

The artist will stay in Japan from July 18. Talks are scheduled at several venues, which we will announce shortly. If you would like an interview, please contact Hideki Aoyama of our gallery.

AOYAMA | MEGURO is pleased to announce our fourth solo exhibition with artist Koki Tanaka (b. 1975), following the last one held in 2009. This exhibition features some of the artist’s recent works selected from three solo shows: “Dog, Bus, Palm Tree,” The Box, Los Angeles, 2011; “Nothing Related, but Something could be Associated,” Yerba Buena Center for the Arts, San Francisco, 2010; “Random Hours, Several Locations,” YYZ Artist’s Outlet, Toronto, 2010. During this exhibition, re-installations will be carried out several times, in which the same works will surely gain different associations in new arrangements.

The title of this exhibition, “in a place between snow balls and stones,” refers to its center piece titled “Someone’s junk is someone else’s treasure.” This video work documents the artist being a vendor at a flea market in order to sell palm fronds, one of the most banal things in Los Angeles that anyone can easily find everywhere. In the city’s residential areas, especially on windy days, the street would have numerous palm fronds that local people have to clear away, just like how people do snow shoveling in the north part of Japan.

What inspired Tanaka to conceive and execute such an act are two historical artworks, one made in the US and the other in Japan. The former is David Hammons’ “Bliz-aard Ball Sale,” 1983, a performance piece in which the artist tried to sell snow balls on the street in snow-falling downtown Manhattan. The latter is a cartoon piece “Muno no Hito” (literally “Man without Talent), 1985, by Japanese surrealistic cartoonist Yoshiharu Tsuge, whose best scene is when the protagonist, having become unemployed, tries to sell “strange-shaped stones” which he has just picked up beside a river, as he muses while waiting for a customer.
The both acts are attempts to sell some kinds of “useless” objects that anyone can find without any difficulty, which questions our sense of the value of things. What do we pay money for? Do we value ideas, acts, or objects? Selling snow balls and stones seem to share something quite similar, yet perhaps are totally different acts. It is the place between these two precedents that Tanaka, working in Los Angeles, was able to come and go freely to make his own piece.
As a result, it seems that Tanaka’s act turns out to be an attempt to sell his own contemplation developed through conversations with visitors, on something robust and something ephemeral, being functional and useless, and making something and just discovering something instead of making. It surprisingly reveals rich and diverse ideas that have been latent in the place between the snow balls and the stones.

Along with this piece are a photograph that exemplifies how a cheese toast gains a different shape and texture each time it is made for daily breakfast, titled “Everyday statement (cheese toast),” 2010, and another set of photographs that documents how he perseveringly stayed in a park waiting for jello in an aluminum cup to coagulate with the winter air, titled “I spend Time in a Park Until the Jell-O Chilled out,” 2010, among others.

Furthermore, the artist will participate in Yokohama Triennale 2011, which will open on August 6th. Please visit both of the exhibitions to check out and enjoy both what Tanaka’s works show you and what they do not. 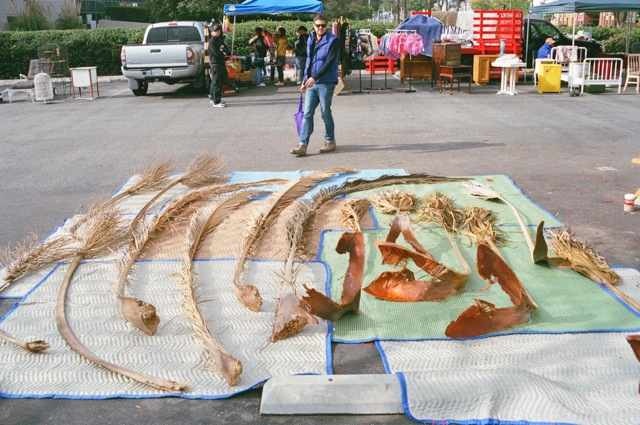 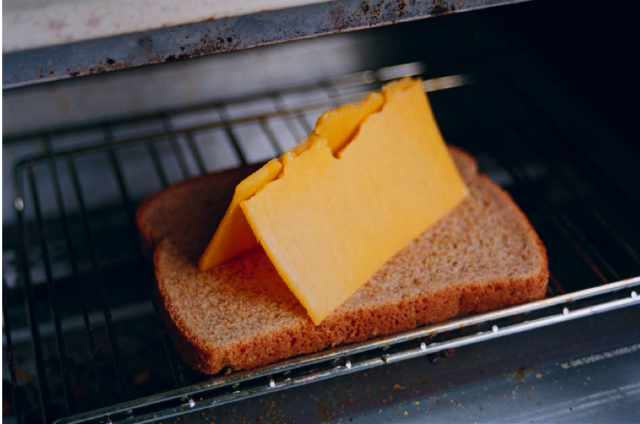