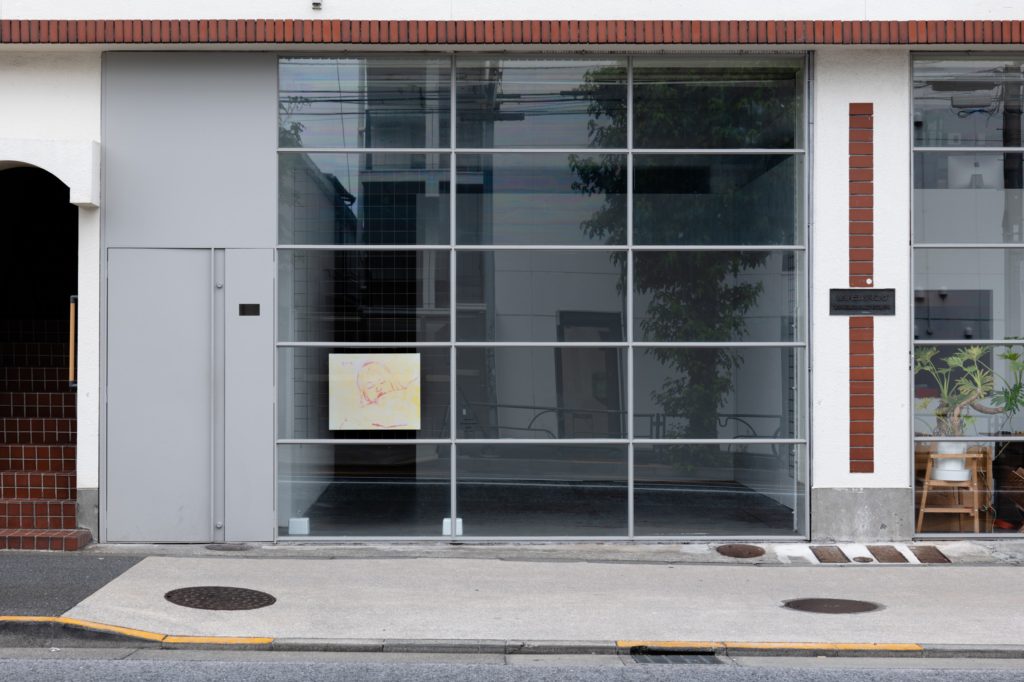 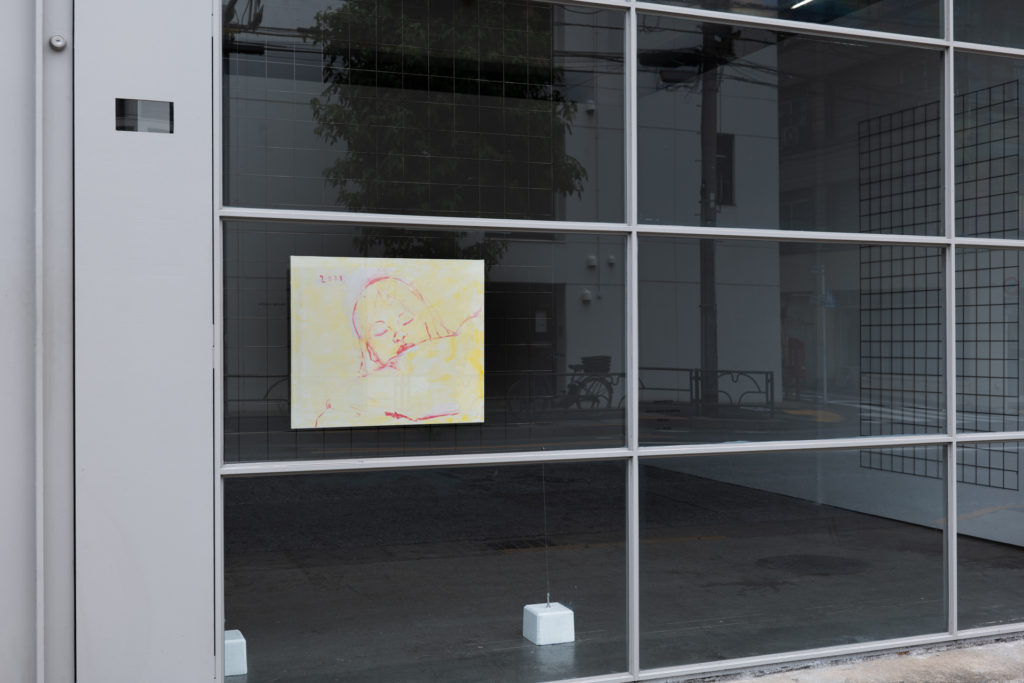 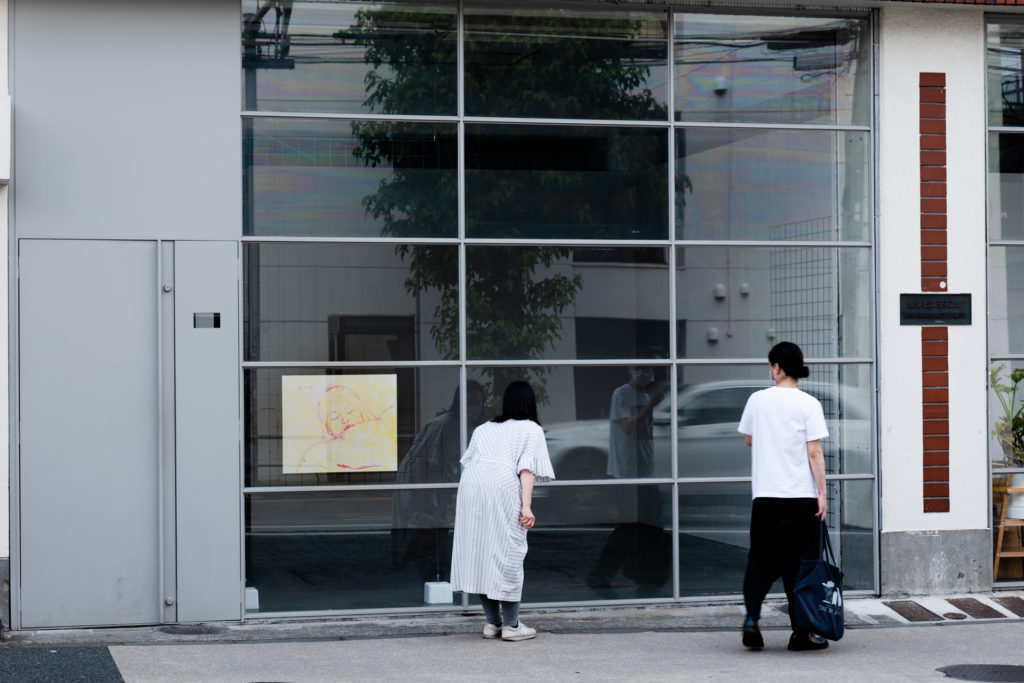 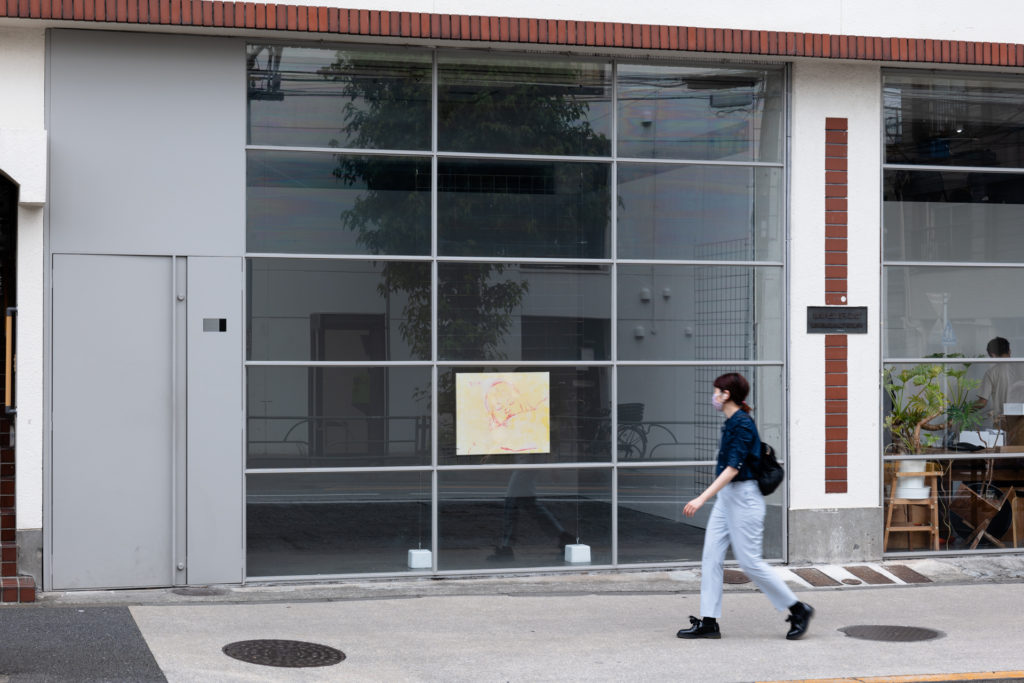 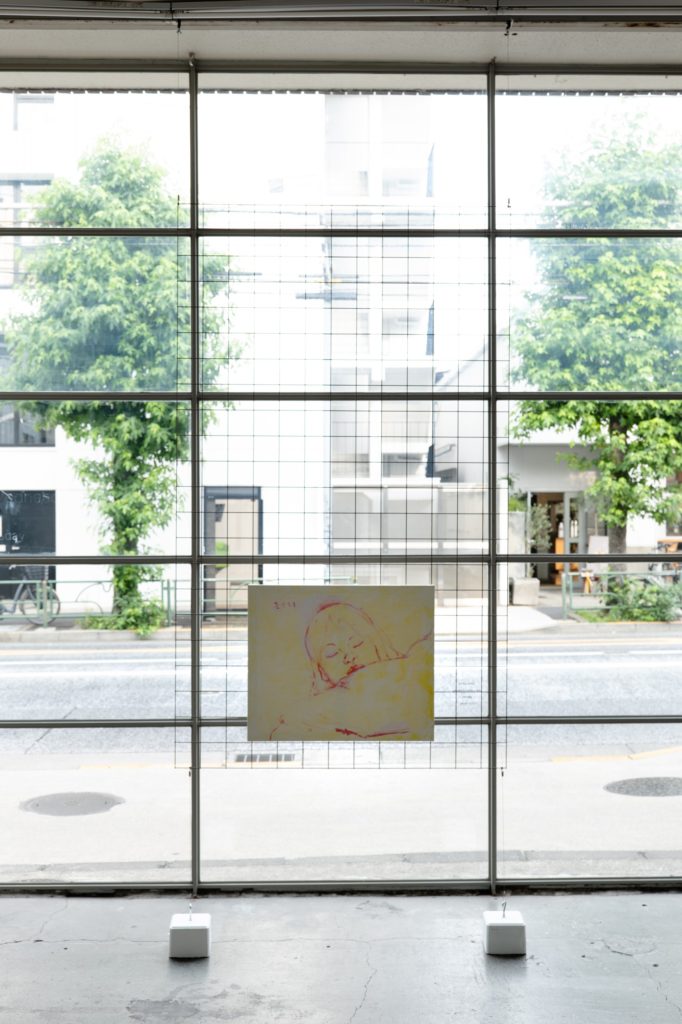 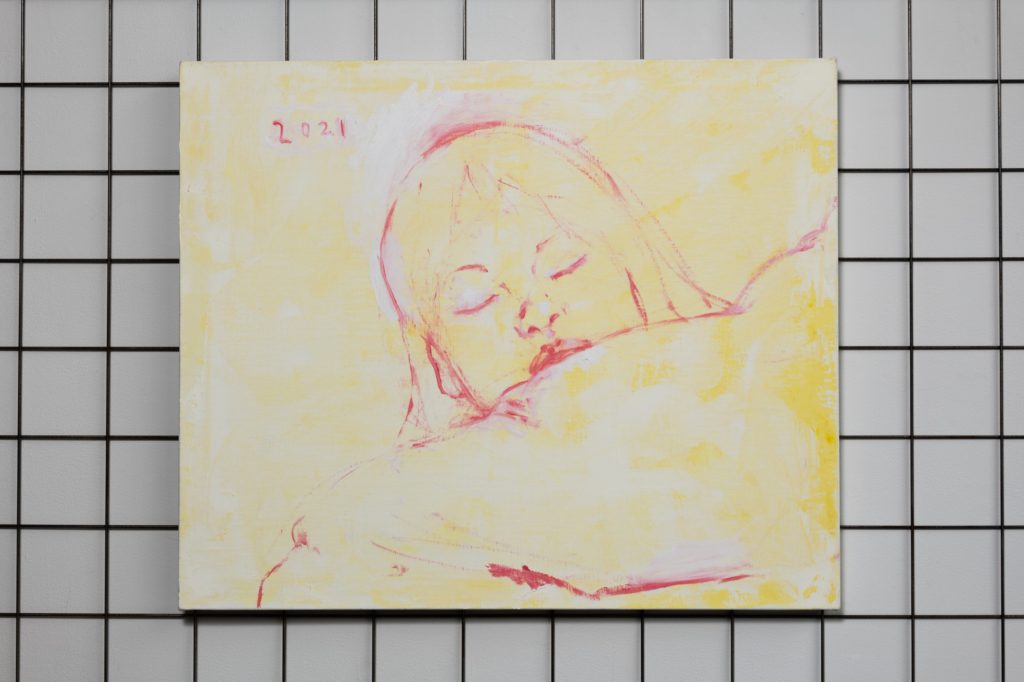 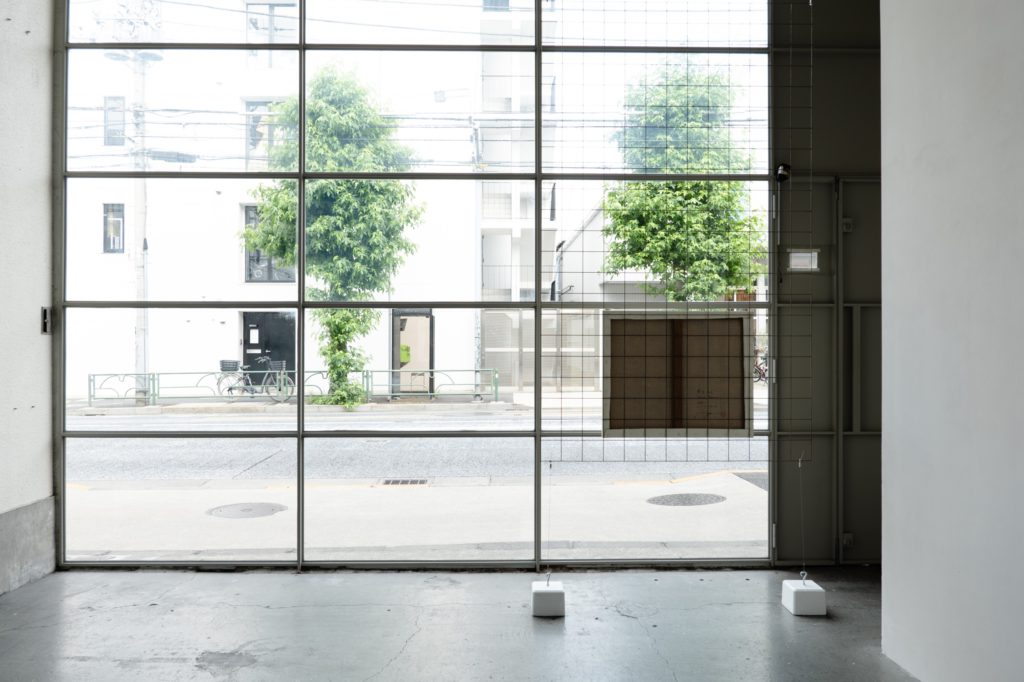 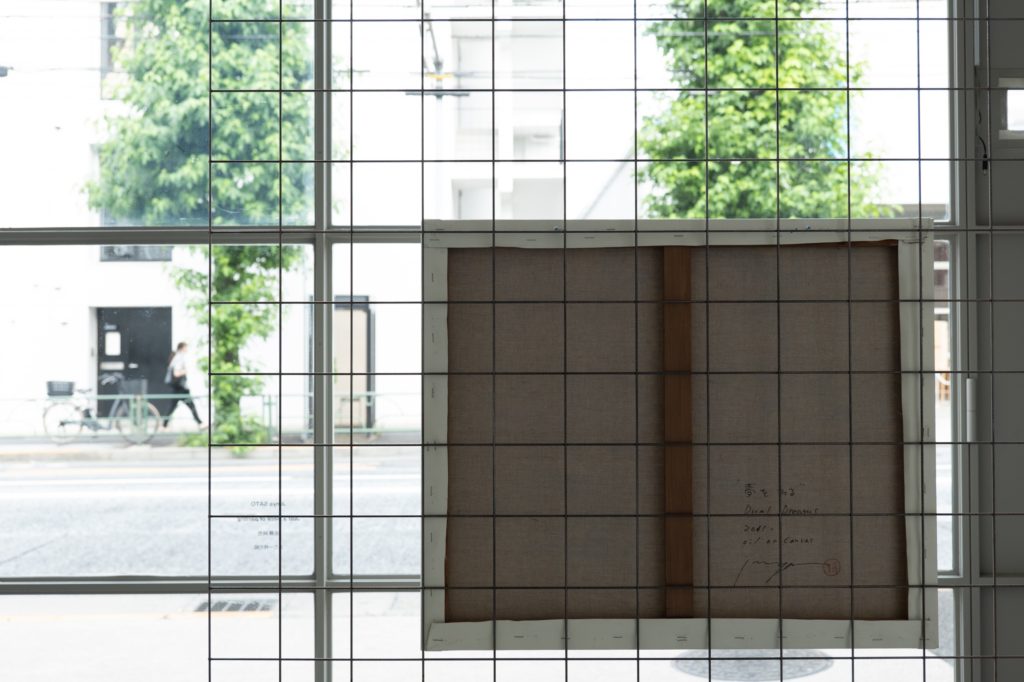 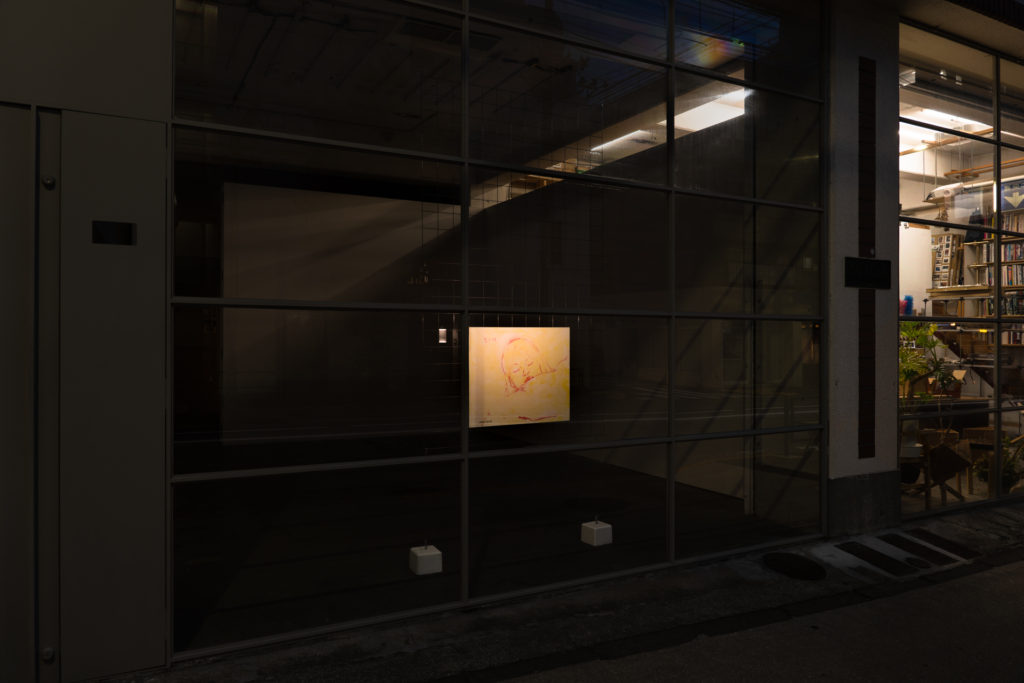 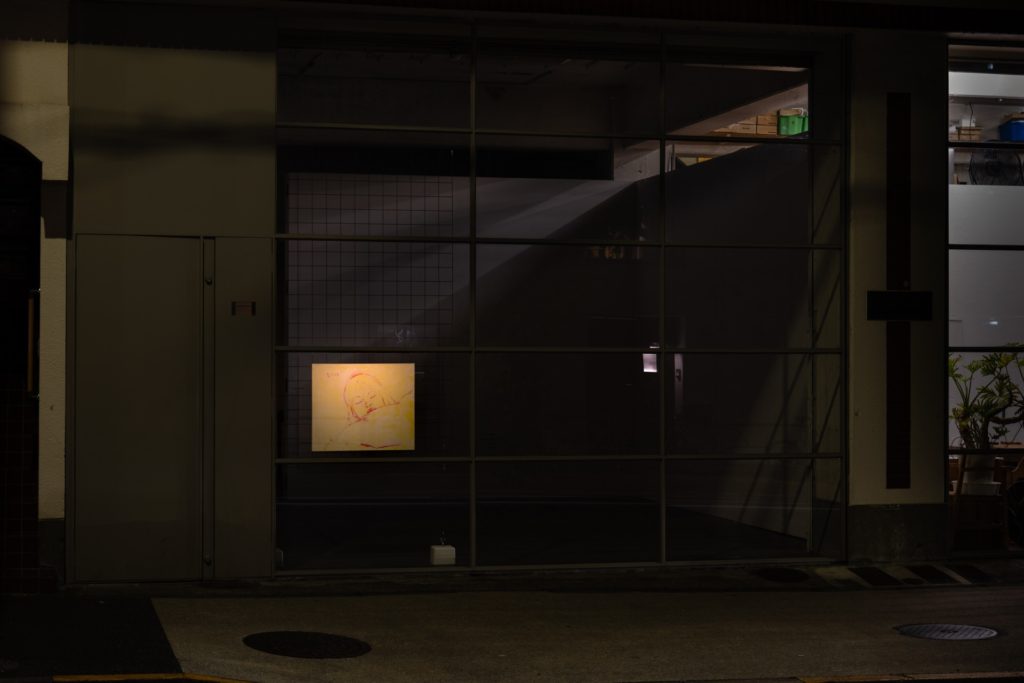 Aoyama Meguro is pleased to present a gallery window installation of a painting created by Junya Sato in 2011, which was intended to be exhibited 10 years after its initial creation.

Passers-by will be able to see this work at any time during the exhibition.
It is ideal that such a coincidence should happen on the street.

‘This time, only one painting will be exhibited in the gallery window.

I made this painting in 2011 to be exhibited 10 years later.
There were two events that led me to start drawing this…

One was the 3.11 Tohoku earthquake which caused enormous damage to a large area in East Japan… and the other event was my sister giving birth to a baby girl in the same year as the earthquake.

That year, with confusion and impatience, I saw the enormous damage to a large area, including my hometown. Meanwhile, my niece, who was born in that same year, gave me a chance to imagine a time far away from there.

This work is roughly made by imagining my niece 10 years later.
Since, I expected that the time from when it was made until it was shown, would play a role as some kind of act in the painting of this work.

Now, ten years have passed since that tremendously large and indescribable day.

I decided to put this painting in a window facing a busy street’.