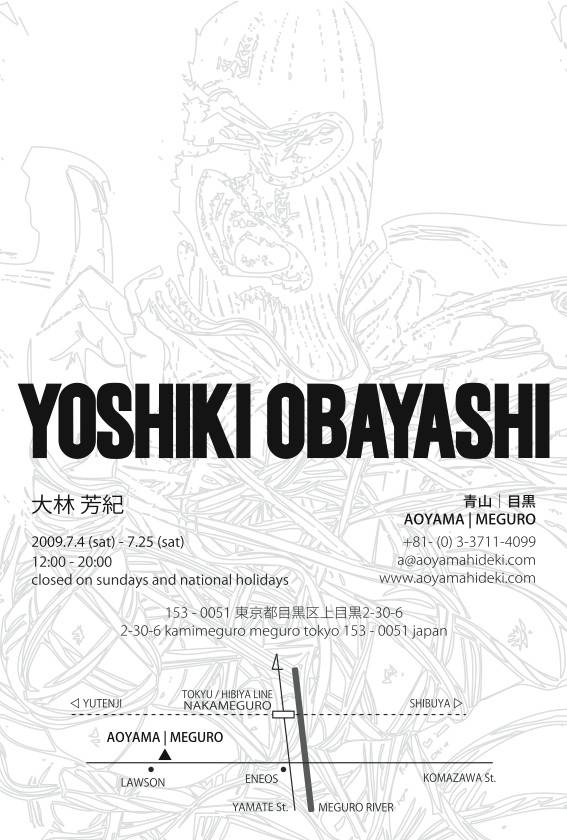 Born in 1968, Obayashi graduated from Printmaking Course at Tama Art University in 2000.

Before entering the university, having personal friendship with hardcore bands based in Detroit and other places, he designed their CD jackets and zine covers. After entering the university, Obayashi still contributed illustrations to gossip magazines and suchlike, but at the same time, he gradually became famous among some people as a “dangerous” guy, due to both his radical actions – such as slicing a plaster cast of the Brutus bust sculpture to make an installation as a result of his boredom in a drawing class, and participating in a group show at a woman university by putting a spoonful of miso onto each toilet bowl on campus – and his extremely violent yet wonderfully beautiful works on paper, in which, through finely-resolved imagery that even exceeded the limits of the naked eye, the noise and the chaos of this world were drawn with utmost preciseness and at a velocity that challenged his physical limits to an unlimited degree.

What we see in his works on paper are people vomiting and screaming out of a severe disease, being filled with a burning rage, or being aghast at something totally unknown. In particular, “ROCK HATE vs HATE ROCK” depicts a fierce yet meaningless battle between a young gang group hating rock music and hardcore punks singing about hatred, in a dynamic composition analogous to that of a classical painting of a group of figures. Showing so many different faces almost to excess, each of his work confronts us with the true reality of life so vividly and cruelly. It is this vortex of the earsplitting roar and the chaotic events which turns into, as we see it, a nirvana-like tranquil space-time.

A highly-trained skill of precise depiction and adrenaline junkie-like sensitive eyes to find Gods in details, even in dots of a liquid crystal display, coexist in Obayashi’s body of work. In this exhibition, through around 20 works on paper, the new artist will offer you an alternative world with demonic yet divine sceneries.

Closed on Sundays and national holidays 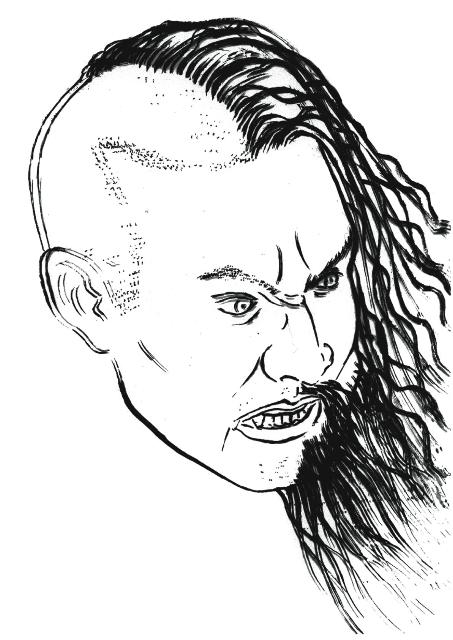