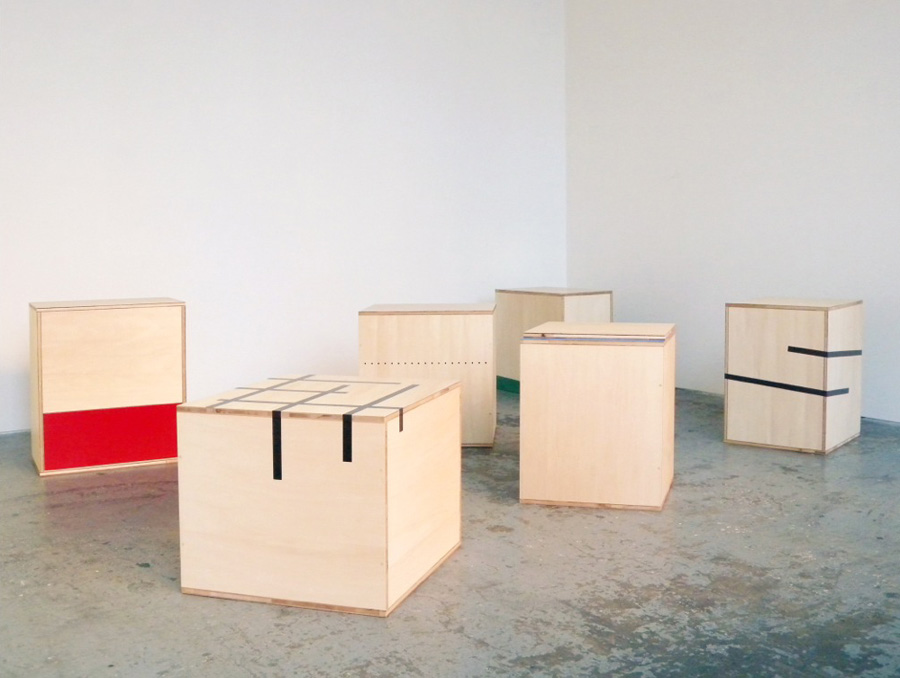 In her new show at Aoyama⎮Meguro, Lotte Lyon will be showing a group of new sculptures and a
new series of drawings.
Over the last couple of years, Lotte Lyon has often realized in site works. She did a series of
pieces on the walls of exhibition spaces. Even if they were painted, she prefers to see those works
as wall drawings. They relate directly to the sizes of the walls and, like her previous work, ask
questions about size, relation, and the use of spaces.
Recently, she has started to build objects again, and at Aoyama⎮Meguro, she will be showing
seven of them. They are made of plywood and partially painted, and, compared to earlier works,
are rather small – about 50 cm in height.
This small size gives them a quite different feeling as opposed to the earlier, larger works – they are
almost like pieces of furniture. The fact that they are being shown as a group leads to an
impression of a flock or a herd, Lotte Lyon likes to see them as a group of small beings.
Some of them have patterns, referring to the wall patterns she did before, others have hinges, so
they might be changed or used in varying ways. Lotte Lyon is still pursuing ideas of variation and
imbalance with these objects.
As for the drawings, they are made from pencil and colored pencil on paper. This new series has a
larger format than the previous drawings, and there is not any longer only one object depicted on
each sheet, but two or three. This new approach allows her to show more than before what
interests her in her sculptural work – explorations about transformation and change.

Being held at the same time:

The exhibition “clk” at Capsule combines the works of the three artists Christian Hutzinger, Lotte Lyon and Kazuna Taguchi. Christian Hutzinger and Lotte Lyon, who live in Vienna, have been spending a considerable amount of time in Tokyo over the last couple of years, while Kazuna Taguchi, a formerly Tokyo based artist, is currently living in Vienna.
In this exhibition, their work is shown together for the first time, linked through a concept of painted walls in three different colors. Each artist ́s work gets assigned to one color. The size of the color fields relates directly to the measurements of the walls, but through a shift in space, a change in the perception of the gallery occurs.
All three artists have in common that they use varying artistic techniques. At capsule, Kazuna Taguchi is showing new photographic works that have their origin in painting. Lotte Lyon ́s new black&white photos deal with questions of size and relation, and use paper and drawing as a starting point. For his new colorful series of collages, Christian Hutzinger doesn ́t only use materials from his own archive, but also bits and pieces of the works of Lotte Lyon and Kazuna Taguchi.
In addition, a three dimensional object that combines the works of all three artists defines the exhibition space further. 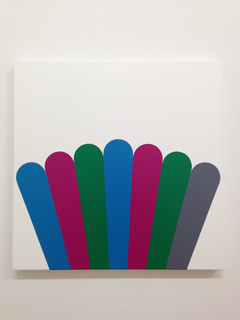