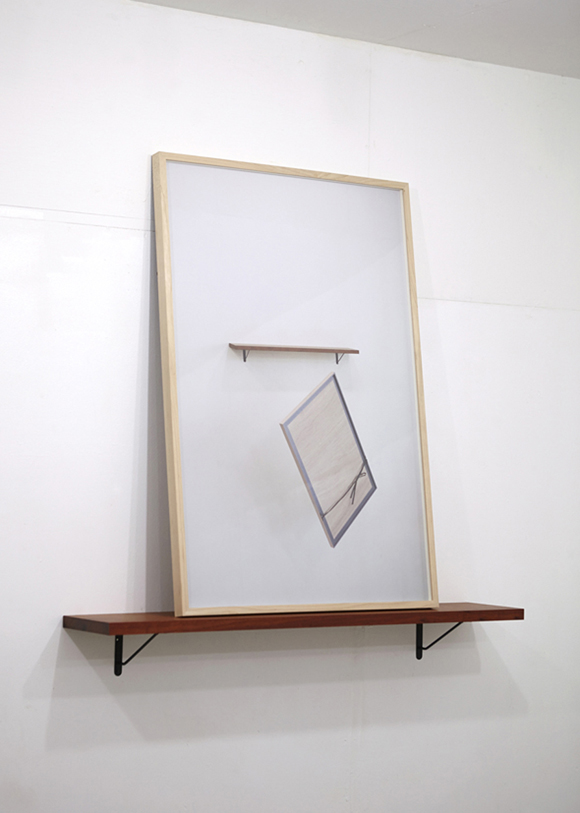 Aoyama | Meguro is pleased to announce “Lag,” Hirofumi Isoya’s first exhibition to be held at the gallery in two years.

“Lag” consists of a series of framed photographs arranged on shelves. Each image depicts a framed photograph falling off the shelf, alluding to the possibility of the same occurrence happening in the gallery itself – a lag between the content of a photograph, and the photograph itself.

For Isoya’s last exhibition at the gallery, “Counting the Event,” he presented fake ambers along with photographs documenting the twelve hour process of making ambers. The twelve day exhibition included a total of twelve ambers and photographs, with the installation arranged to allow the reflection of the ambers to be seen in the glass of the framed photographs. Accordingly, the ambers were rendered in three different forms: physical, photographed, and reflected; as if to ask how many objects were there, exactly? The answers varied amongst viewers, as they were left to consider what constitutes an object.

Both projects deal with the basic processes of ordering and arranging objects. Isoya’s works emerge from his interest in questioning our subconscious processes of selection, which can be affected by subtle changes in the order in which objects are presented.

The “Lag” series was first shown at LISTE BASEL, 2014. This exhibition will present the installation in a new configuration, incorporating a number of new pieces.

Nadiff celebrates the release of a new book collating the work of Hirofumi Isoya from 2002-2014 with an exhibition of his work  “Southward”.

Born in 1978, received a BA in Architecture and an MFA in Inter Media Arts from Tokyo University of the Arts., Subsequent to that he completed the Associate Research programme in Fine Art at Goldsmiths, University of London., He currently works in Tokyo and London.
Recent exhibitions：“The Beach That Never Was” ICAS, Singapore, 2014, “Lag” LISTE, Basel, 2014, “Duality of Existence” Friedman Benda, New York, 2014, “Personal Structures” Collateral exhibition of the 55th Venice Biennale, Palazzo Bembo, Venice, 2013, “Tacit Material” RM Gallery and Projects, Oakland, 2013, “Counting The Event” AOYAMA|MEGURO, 2012. 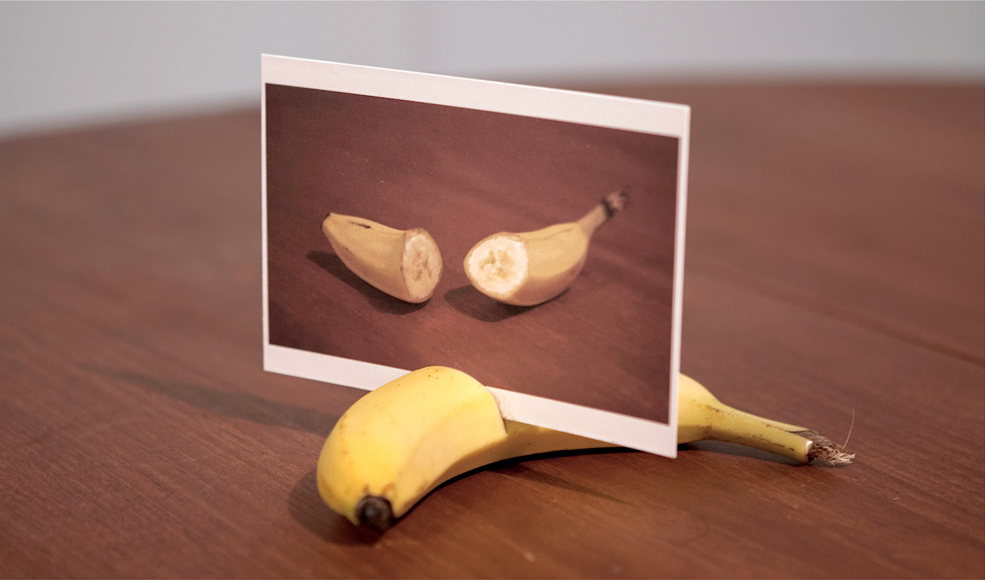