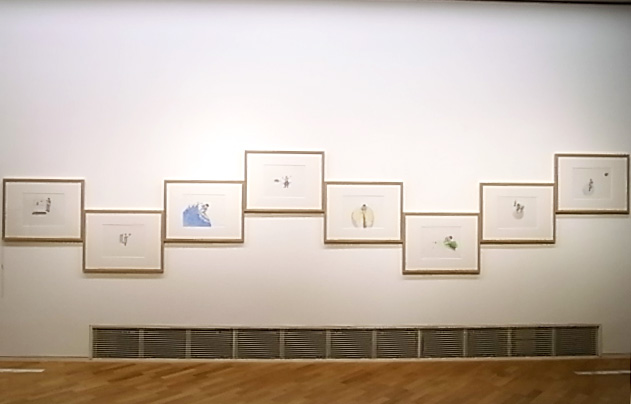 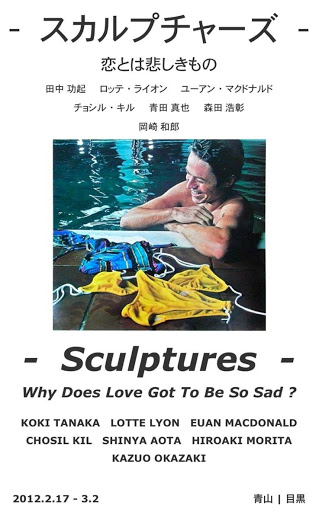 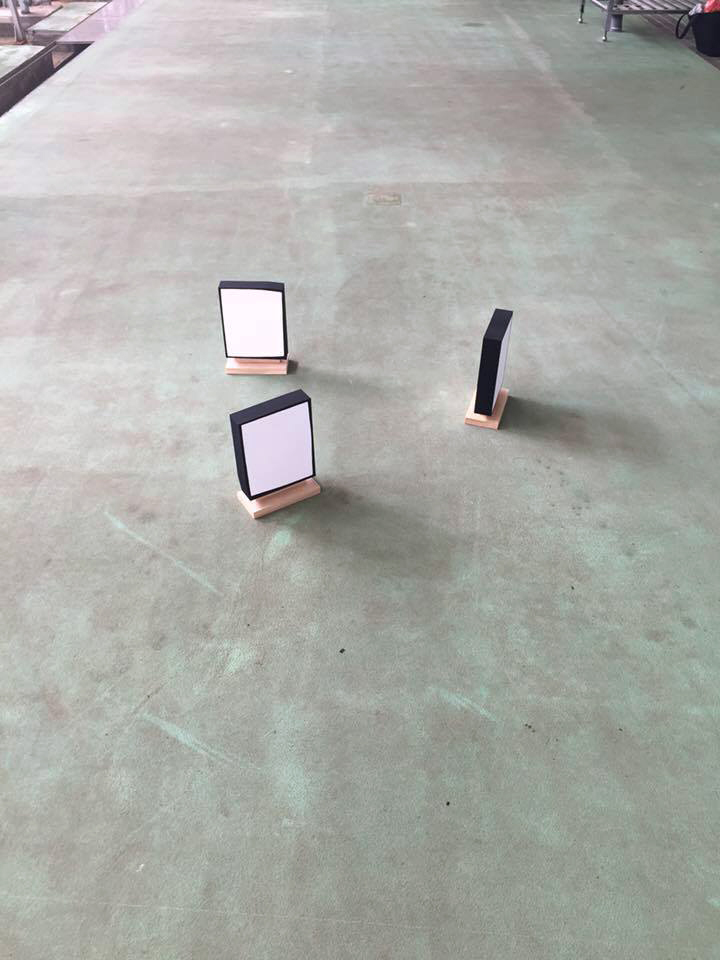 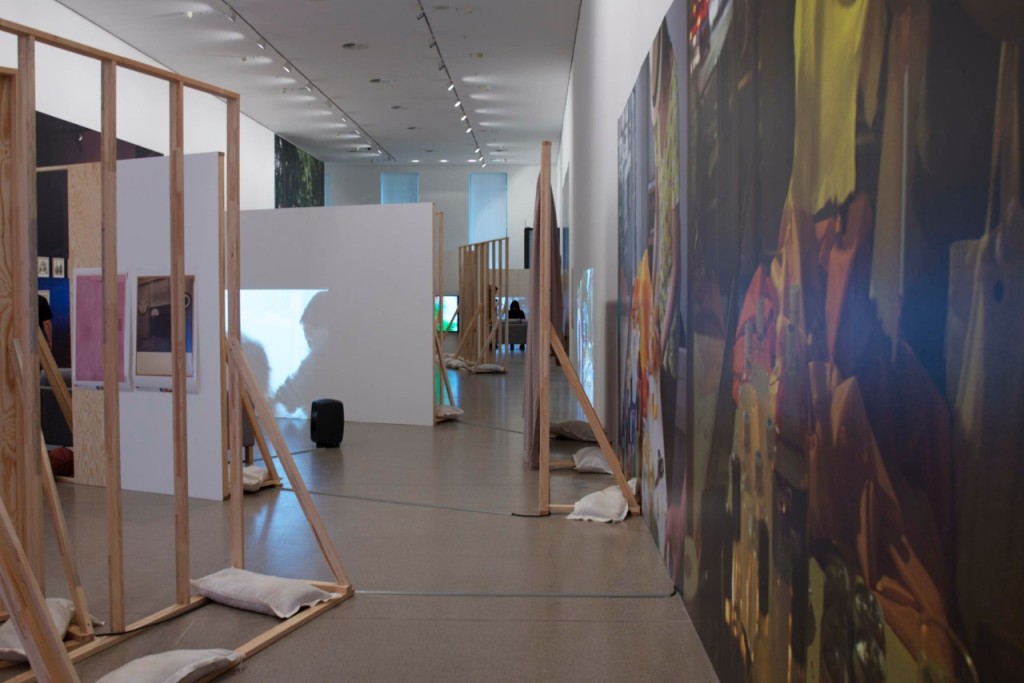 Artist Koki Tanaka references the history of “art activism” And views his work as a gentle sustainable approach to this movement. His “Artist of the Year” exhibition, “A Vulnerable Narrator,” at the Deutsche Bank KunstHalle in Berlin is a laboratory of sorts, one that ties together a decade’s worth of projects, ideas, and documents. It traces Tanaka’s path from early experiments with mass-produced goods and materials, to his collaborative actions and performances.


Koki Tanaka,
born 1975 in Tochigi, Japan, lives and works in Los Angeles. He became known through installations and actions in which he implements everyday objects and material found on site. A major part of his work consists of participatory projects that incorporate actors and exhibition viewers.
WEB : http://www.kktnk.com 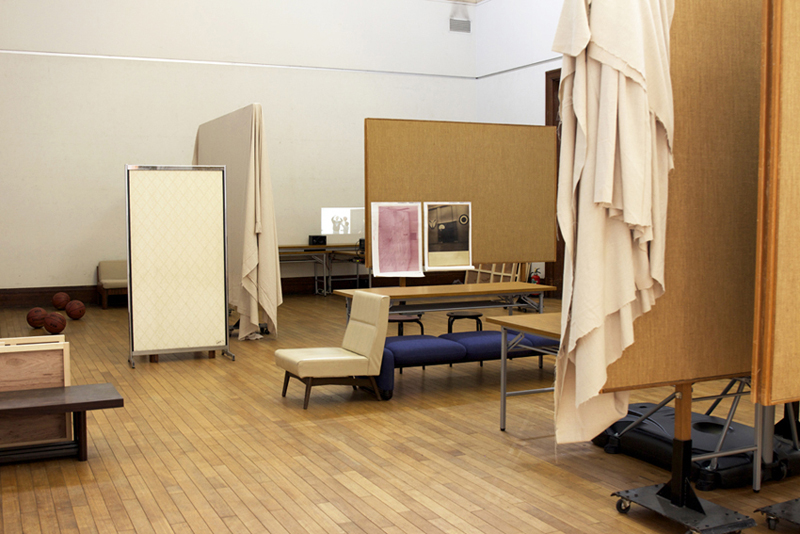 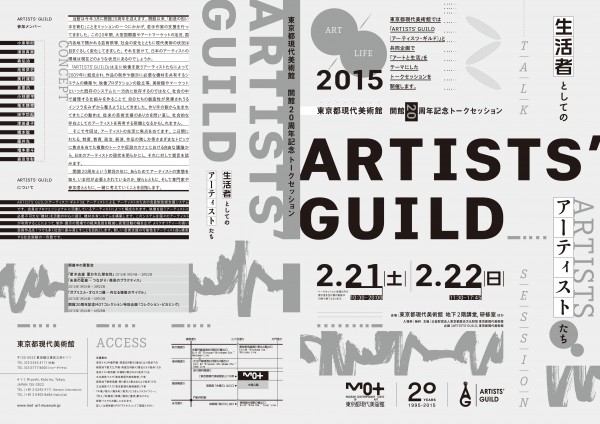 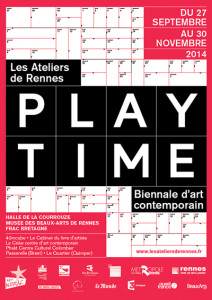 Koki Tanaka invites you to come with your dog (or your friends’ dog) to take part in a collective walk from the Museum of Fine Arts of Rennes to the Frac Bretagne. Those without dogs are also welcome!

and associated venues in Rennes and Brittany

PLAY TIME is a sequence of three international group exhibitions that questions our way of working and playing together. Mixing emerging and renowned artists, existing works and new productions, the biennale will take place in established arts venues in the city of Rennes (FRAC Bretagne, Museum of Fine Arts) and in a former artillery warehouse in an area currently undergoing extensive transformation, the Halle de la Courrouze. The biennale additionally brings together a network of arts venues and partners in Rennes and across Brittany, to create a major contemporary art event in the region for the autumn of 2014.

To conceive this fourth edition, Art Norac selected the project of Zoë Gray (independent curator, based in Brussels). The Paris-based agency le troisième pôle was entrusted with the production, the communication and the audience development of the biennale. 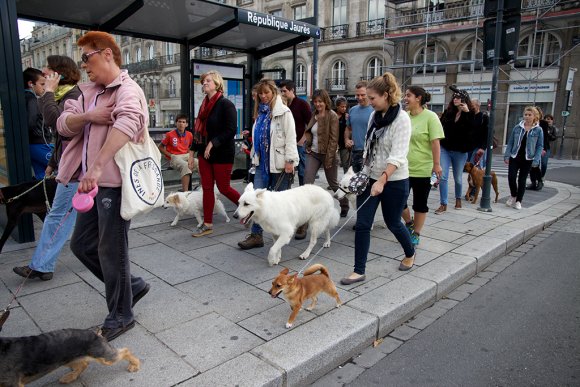 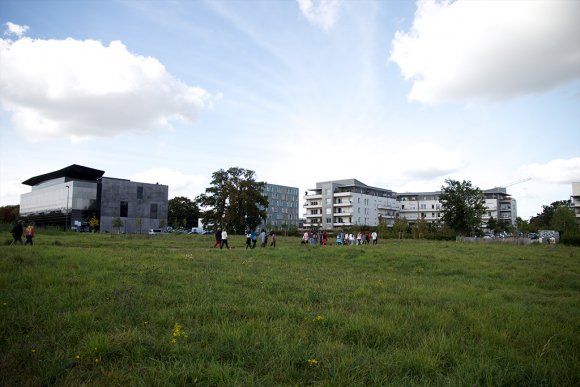 In our work-oriented culture, especially in the protestant north, we have been told since the Middle Ages that idle hands are morally suspect. Since the Industrial Revolution, our hitherto self-organized manner of working – and playing – has been standardized, made to fit the factory whistle and the office clock. What has this done to our understanding of play time?

Appropriating the title of Jacques Tati’s most famous commercial flop, the critically revered film Play Time (1967), the biennale takes a Hulotesque stroll through the field of contemporary artistic practice. It does not seek to reproduce the aesthetics or storyline of the film, but uses the Hulot character as a metaphor for the artist, someone who does not fit the coded systems of work, but embodies an alternative pace and approach to most “workers” in our capitalist world.

The biennale PLAY TIME explores the exhibition simultaneously as a playground and a place of work. The title highlights its temporary nature, a space and time of possibility, in which artists and audience can play together.

The biennale will take place in three very different spaces. Each space will be a self-contained chapter under the umbrella title and theme of PLAY TIME.

At the FRAC Bretagne : Work as Play, Art as Thought

Robert Filliou (1926-1987) considered daily activities such as talking, drinking and playing to be art. Taking its title from one of his works from 1974, this group exhibition will feature a range of works that draw upon his philosophy and present artworks that engage with the world of work.
The Fonds Regional d’Art Contemporain (which translates as Regional Collection of Contemporary Art) is located in the north of Rennes, in a newly built residential neighbourhood. While the FRAC has existed as an institution for 30 years, this purpose-built exhibition space of 1000m2 only opened in 2012.

At the Musée des Beaux-Arts : The right to laziness

This exhibition will focus on the artist as idler, revelling in the refusal to work, creating a moment of calm at the heart of the biennale.
The Museum of Fine Arts is located in the centre of the city in a 19th Century neo-classical building. The central atrium of the museum and the ground-floor galleries will be dedicated to the biennale.

At the Halle de la Courrouze: The playground

This exhibition – comprising several large site-specific installations – will transform this expansive space into an artistic playground.
This former artillery warehouse dates back to the early 19th century. It is one open space, divided only by metal columns, measuring some 1500m2. It is located in an area to the South West of the city centre that is currently undergoing massive transformation, with the construction of new schools and extensive housing projects.

PLAY TIME will also integrate many important cultural operators from the region. Each of the following venues will present an artist also included in the biennale, chosen by Zoë Gray together with the venues’ artistic directors: La Criée, 40mcube, le PHAKT and le Cabinet du livre d’artiste in Rennes; Le Quartier in Quimper and Passerelle in Brest. The biennale is also working closely with the École européenne supérieure d’art de Bretagne as an important partner for the artistic and outreach programmes. 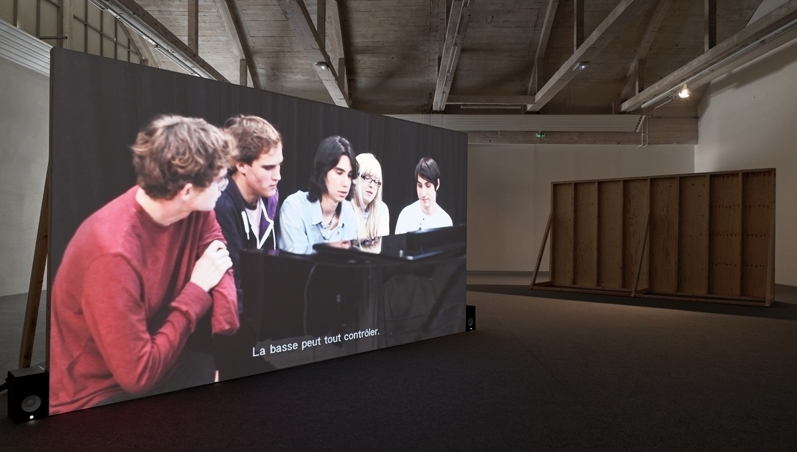 Five pianists elaborate collaboration strategies to play one piano all together simultaneously and compose a soundtrack for collective engagement while a film crew records the event on three cameras.

Koki Tanaka takes his “chance operations” further, into the realm of “chance music”. This method of composition introduces elements of unpredictability into the performance. The piece not only produces (by chance) a soundtrack for collective engagement, it also provides an opportunity to envision a different, contingent model of collaboration and, by extension, collectivity. 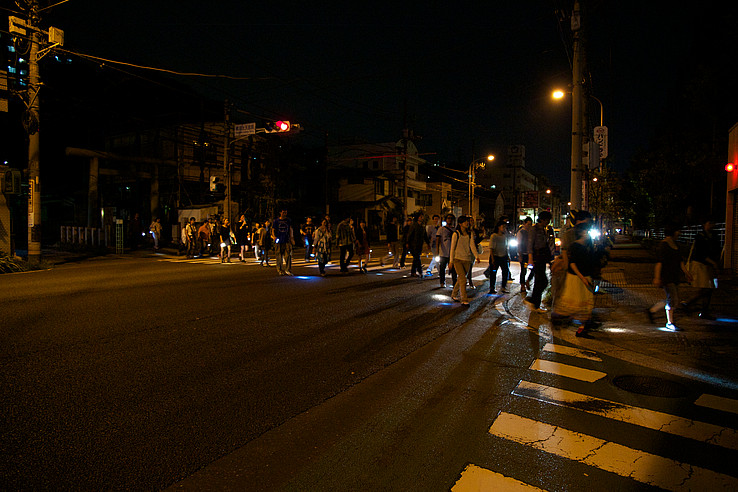 Positions is a new exhibition format that sets a series of projects in dialogue with one another in the ten galleries of the museum’s old building. With each artist presenting a significant body of work, many produced for the exhibition and others developed through collaborations with art organisations throughout the world, Positions explores different tones of contemporary artistic voices.

The five distinct presentations examine how we position ourselves in the world today – often making visible frameworks, subjects and ideas that are felt but not seen. The exhibition unfolds as a conversation between a series of installations, films and architectural interventions that move between different geographical and political contexts and invite us to consider how agency – collective or individual – is both granted and taken away.